Television Club is a BBC schools TV series from the 1960s, 1970s and 1980s, covering Citizenship and Miscellany for secondary school pupils.

Television Club was the major schools television offering for slow learning children throughout the 1960s and 70s. The series aimed principally to capture and hold the interest of children, without being concerned with "teaching" on any particular aspect of the curriculum, and it did this very successfully for over a decade with simple, dramatised stories of everyday family life and problems.

The episodes were set in a club, where a presenter played host to viewers and introduced the drama serial. It was aimed at children in the early years of secondary school, but whose reading and learning ages were still at primary level. When this formula waned at the end of the 60s the programme moved on, first to a dramatic serial story, and then to a more open magazine format, still including drama but with documentary and studio material helping to interest viewers in various topics.

The basic concept of Television Club had existed and in fact been running in schools radio since the 1950s, with a drama serial for less able children called The Jacksons. After The Jacksons finished on the radio, several of that programme's regular writers provided scripts for the Brent family on Television Club.

The first schools television programme for slow learning children in the early years of secondary school was called Friday Magazine and went out in the summer term 1960. Friday Magazine included a drama serial about the Anderson family who ran a Corner Shop. Two years later the BBC brought this series back, under the new title Television Club.

Throughout the 1960s Television Club told everyday stories about three different families. First, the Wade family from 1962, then the Brent Family from 1964, and then the Barnard family in 1967.

When the series first started in the spring term of 1962, the "club" element was key. Windsor Davies, an actor and former teacher, was the "excellent"[1] host who welcomed children to the club (the "club room" was just the educational television studio at BBC Television Centre[2]) at the beginning of each episode, and went over any difficult points with viewers at the end of each episode, after we had seen the adventures of the Wade family.[3] In all the club element took about 5 minutes out of each episode, leaving 15 minutes for story.[4] James Lloyd took over as host in 1964, and remained in place throughout the 1960s.

Viewing school classes were invited to send in send in examples of their work to the BBC. Once a term a short film sequence would be shown, of a class at work on a project arising from Television Club. Towards the end of each term examples of the work children had sent in were shown in the club sequence before the story. Teachers were asked to send in an assurance that all the work submitted was from a remedial class. It seems to me that these sequences of viewers' work were remounted when the programmes were repeated - Television Club stories were repeated between 1968 and 1970 but viewers were still invited to send in work in response to the programmes. All viewers submitting work, whether it was shown or not, would be sent a Television Club Certificate[5].

Each term of Television Club was accompanied both by extensive teacher's notes with background information and suggestions for follow up work, and an illustrated pupil's pamphlet or "reader" containing a simple text of the family's adventures in each episode. There are reports that these were particularly valued by teachers who had great difficulty finding any textbooks for the type of children catered for here - of about 13 years old but with a reading age of 8 - as any books they could read were generally too babyish.

The families whose stories were told by Television Club were: 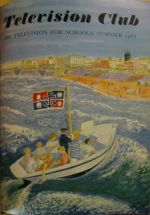 Mr and Mrs Wade and their children Cliff and Janet have adventures in the Midland town of Stockton.
1962 - 1963 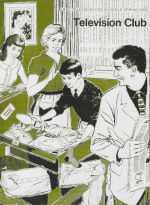 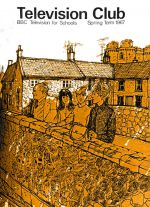 Old Sam Barnard, his daughter Mary and his grandson Peter live in the West Country village of Castle Cross.
1967 and 1970 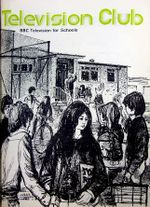 Information about these programmes will be added later. 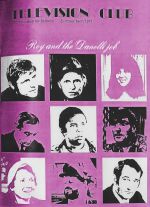 Roy and the Danelli Job

Roy and the Danelli Job

An adventure serial in which young Roy innocently becomes involved with an antique theft and must struggle to find the theives and clear his name.

Television Club in the 70s

Information will be added here later about Television Club in the rest of the 1970s, first the magazine format presented by Anne Gale and David Freeland, and then a new set of stories at the end of the decade, A Place Like Home and A School in Time.

According to the free online version of the BBC Programme Catalogue, the BBC have retained a few example episodes from each original family and every era of Television Club, but they have not kept many episodes.

Luckily the serial Roy and the Danelli Job exists in its entirety, but otherwise the holdings are very sparse. It seems that all episodes from 1977 onwards have been kept.

I have never seen any of the programmes mentioned on this page. Any offers of memories, information, pictures, articles, or access to the programmes themselves would be very gratefully received, to help improve this page. Please get in touch by email.

Share
Retrieved from "https://www.broadcastforschools.co.uk/mediawiki/index.php?title=Television_Club&oldid=49063"
Categories:
Cookies help this website deliver its services. By using these services, you agree to the use of cookies.
History
Browse propertiesCite this pagePage informationPermanent linkPrintable versionSpecial pagesRelated changesWhat links hereRecent changes