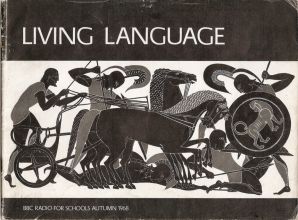 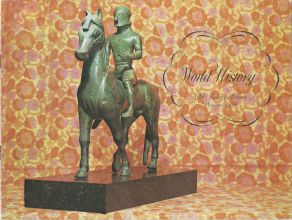 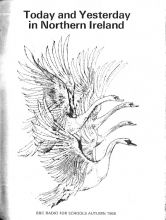 London and English regional Radio 4 transmitters, and to other national transmitters except as indicated below.

All BBC radio schools programmes this term ran from Monday 23rd September to Friday 6th December 1968, with a week of half term repeats in the week beginning 28th October.

The summer Olympic Games took place during September in the first few weeks of term and were held in Mexico. Exploration Earth (Radio 4, Wednesdays 2:00pm) seems to have been the only schools programme to take advantage of this, with a short series of programmes about Mexico at the beginning of term.

Looking Ahead (Radio 4, Thursdays 2:40pm) was a new series this term, replacing the long-running The World of Work, but with the same producer and general format. Confusingly (for those of us trying to keep track of the historical schedules!) the autumn term unit was subtitled The World of Work.

The radio series Over to You (Radio 4, Tuesdays 9:55am) was unrelated to the ITV schools programme with the same title, which began in 1974. The BBC radio series consisted of "stories, songs and poems... about past and present" for less able 12 to 14 year olds. The later ITV series was an English miscellany made by ATV for 9 to 11 year olds.

Similarly the Welsh radio series Y Byd o'n Cwmpas (Radio 4 Wales, Tuesdays 9:55am) whose title translates to The World Around Us, was unrelated to the ITV schools programme produced by Thames Television with the same English title (Thames, Tuesdays 2:00pm & Fridays 11:00am).

Most BBC television schools programmes this term ran from Monday 23rd September to Friday 6th December 1968, with a week of half term repeats in the week beginning 28th October.

Several of the fortnightly series for secondary schools - Science Extra: Physics, Maths Today and Middle School Physics - continued in the week beginning 9th December, as did the two series specifically for colleges of further education - Twentieth Century Focus and Engineering: Craft and Science. They were joined during that extra week of transmissions by four documentary films selected from the BBC's evening output over the previous three years and repeated without any adjustments for the school audience (except that the 1965 documentary 1940 was shown in two parts over two days). These were billed to teachers as Ace Documentaries.

Engineering: Craft and Science was first shown on BBC 2 at 7:10pm on Thursdays in the week before its three transmissions for colleges on BBC 1. The BBC 2 broadcast was in colour, and as well as being available to a general audience this allowed lecturers to preview the programmes.

The series For Sixth Forms (BBC 1, Mondays 11:35am & Wednesdays 12:00noon) looked at cinema this term and for eight weeks it focused on particular films. It was hoped that "many of the main films under consideration in the series will be transmitted in full on BBC Television during the Autumn Term. (...) attention should be paid to the Radio Times for details of their transmission from mid-September onwards." All but one of the films were shown as part of the main BBC1 and BBC2 schedules (as far as I can tell), generally over the weekend prior to the transmission of For Sixth Forms, and these film broadcasts could be sort-of counted as schools programmes too. The films and their eventual transmissions on the BBC were...

Wales and the West of England.

The regional schedules were fairly standard this term, with only a few variations. The only ITV schools programme from this term not included in the lists above was a local series on Scottish Television (I don't know which series)[2].

The only other major variation was the Monday transmission of Ici La France, originated by ATV Midlands. I believe this was taken by Granada and Westward Television, in addition to the broadcasts listed above. It was not taken by Anglia, Southern or Grampian Television.

Border Television did not show any schools programmes in the morning - they only showed the roughly 1 hour's worth of programmes each afternoon, and they also did not take the afternoon repeat of Primary French on Tuesdays for some reason.[3].

This was the first school term under the 'second generation' of ITV broadcasters. In July 1968 Yorkshire Television was inaugurated to broadcast to the north-east of England (Granada had previously broadcast to all of the north of England but now retreated to the north-west only). From the outset they produced schools programmes, overseen by Enid Love, the former head of schools television for both the BBC and Associated-Rediffusion. Their first production for schools was one of the most long-lasting and successful schools programmes of all time - How We Used To Live was to run for 33 years.

Thames Television was also newly introduced as the broadcaster to London on weekdays in July 1968, replacing Rediffusion. Thames took over Rediffusion's very successful schools department "as a complete working unit", staff and programmes included[4] so both Finding Out and The World Around Us, which had previously been made by Rediffusion, continued without interruption but now made by Thames.

Television Wales and the West also ceased broadcasting early in 1968 as a result of the changes to ITV broadcasters. They had introduced one schools programme in Welsh, Arwyr Ein Hanes (Heroes of Our History) from autumn 1967[5] which was lost when the company ceased broadcasting. When the new broadcaster for Wales and the west of England, Harlech Television or HTV, finally began later in 1968, they did not immediately offer any of their own schools programmes. They did introduce an infants series, Storiau'r Byd (Stories of the World) in the following year[6] and followed this up in the 1970s with other Welsh-language schools programmes and an impressive array of in-service programmes for teachers, they were also the first UK home for the American series Sesame Street at Easter 1971... but none of that applies to the term covered by this page!

The entire 1968-69 school year had been previewed in a series of Out of School programmes in the Easter holidays 1968.

The cable television service run by the Inner London Education Authority was formally launched this term and the first transmissions to schools took place on Monday 16th September.

Programmes shown during the first year included Parlons Français and Looking at London for primary school children, and You on Your Own for school leavers. There were also several series aimed at teachers and a fortnightly programme of news from the Authority.

The programmes were all shown on one channel, between 10:00 and 19:30, with multiple repeats to accommodate different school timetables. For this first term the programmes were transmitted to about 300 schools in the Islington, Hackney and Tower Hamlets areas of London.

The ILEA television service survived for almost a decade, finally being withdrawn around 1977 when the Authority diverted its attention to distributing programmes on video cassette instead of direct broadcasting.

Local cable television transmissions for schools in Glasgow, which had begun earlier in the 1960s, continued this term as far as I know.