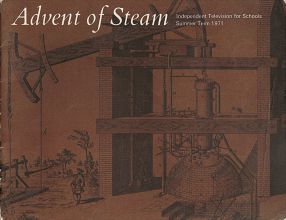 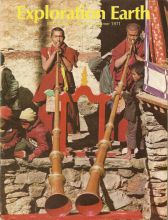 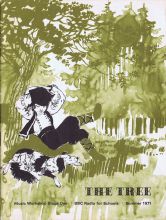 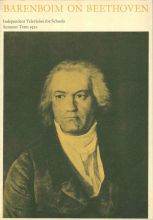 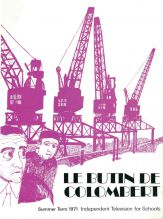 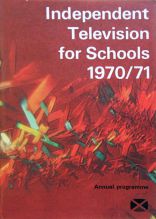 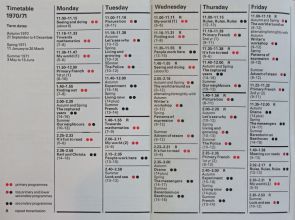 If you know which programmes were shown in the "unknown programme" gaps in this schedule please get in touch by email or on the forum.

Programmes ran from Monday 26th April to Friday 25th June 1971. There were no broadcasts in England, Northern Ireland or Wales in the week beginning 31st May due to the school holidays, but all of the Scottish programmes continued as normal that week.

Religion in its Contemporary Context ran for only five episodes this term, including a two-part dramatisation of the story of Luther starring Barry Foster. After half term it was replaced by general-audience programmes. Reproduction and Growth and Prospect also did not return after half term, they were replaced by the music series Purely Personal and Growing Up with Music respectively.

There was a one-off broadcast of the Music Box Treasury Number 3 on Thursday 29th April at 9:25am.

as England, but probably excluding the Welsh programmes on Wednesdays and Fridays (please get in touch by email or on the forum if you have access to Scottish schedules and can confirm this).

There were previews of BBC schools TV programmes during the Easter holidays, beginning at 1:55pm each day.

Programmes ran from Monday 26th April to Friday 25th June 1971, with no broadcasts in the week beginning 31st May.

The sixth form series New Horizons had only 4 episodes this term - it did not begin until Monday 3rd May, and did not return after the half term break.

The BBC had live coverage of Test Cricket and Racing from Ascot during June, but both were scheduled around the schools programmes and did not disrupt the schools schedules. The Wimbledon Tennis Championships, however, did disrupt the schools schedules. Once Wimbledon coverage began on 21st June there were no more afternoon schools programmes on the BBC, and there were also no more repeats of programmes which would have been show first in the afternoon (Going to Work, Science Session and Changing Britain). The repeat of Making Music on Friday 25th June was shown at the earlier-than-usual time of 11:05am.

Maths Workshop Stage 2 was shown fortnightly like most of the other maths programmes this term, but it both of its timeslots no programmes were shown in the intervening weeks.

There were no wholly new series introduced this term, but many existing series had new episodes. Television Club changed its format significantly this term with the premiere of Roy and the Danelli Job, a seven-part crime serial. Music Time came to the end of its first series which had begun in autumn 1970.

The only BBC schools TV series to be shown in colour this term was A Year's Journey. All other programmes, even newly produced ones, were still in black and white.

Programmes in the London area.

All ITV regional companies carried schools programmes, although Border Television as usual did not carry the morning broadcasts, their daily schools service began at 1:38pm. If you have the schedules for any of the regions not already carried here please get in touch by email or on the forum.

There were previews of this term's ITV schools programmes in the Easter holidays as a service for teachers. Each day in the week following Easter there was an introduction at 11:05am followed by a selection of schools programmes from a particular company.

The schedule above is for Thames Television, London. The companies which did not show You and the World during term time (including ATV Midlands, Granada and Yorkshire Television) did not show the preview on 14th April either. There must have been other variations for the regions which produced their own local schools programmes (including Grampian Television), but I don't know any more details.

Programmes ran from Monday 3rd May to Friday 18th June 1971, with no broadcasts in the week beginning 31st May.

On Friday 28th May Anglia Television carried a live outside broadcast of the Queen turning on the pumps which would take water from the Fens to Essex - a broadcast titled Royal Day in Essex which began at 2:31pm. That afternoon's repeat of You and the World was broadcast at the earlier-than-usual time of 12:05pm on Anglia Television only.

Le Butin de Colombert, a French-language serial about a gang of bank robbers, was new this term and was the first French serial produced by Thames Television, following in the footsteps of Associated-Rediffusion, whose final French serial Le Mystère de Valbec had been repeated by Thames in the preceding years.

Another drama series Advent of Steam was also new this term. London's Science Museum put on a lecture called 'How Steam Engines Worked' on 15th & 16th June 1971 to coincide with the series[1].

The documentary series Barenboim on Beethoven had been shown for adults, late at night on ITV, in spring 1970, but it was "specially presented for schools"[2] for the first time this term.

ITV were producing far more of their schools programmes in colour than the BBC at this time. Advent of Steam, Barenboim on Beethoven, Le Butin de Colombert, It's Fun to Read, Meeting Our Needs, My World, Our Neighbours, most episodes of Picture Box', Rules, Rules, Rules and Seeing and Doing were all shown in colour this term, the remainder of the series were in black and white. Very few schools had been able to afford colour television receivers by this point and some regional companies such as Channel Television were not even able to broadcast in colour yet, so it was important for ITV to point out that "although producers will be making programmes in colour, they will remember that most schools will be watching in black and white"[3].

The Inner London Education Authority's cable broadcasts to hundreds of schools in London continued this term, but I don't have any details of the specific programmes shown. If you know anything please get in touch by email or on the forum!