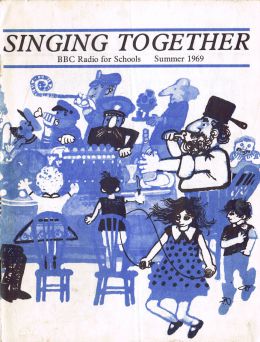 8 images from Singing Together

This clip from the Watch unit Within Living Memory, first broadcast in spring 1999, recreates school life around the start of the 1970s. Fast forward to 01:30 to see a classroom at 11am on a Monday morning preparing to listen to Singing Together. It includes a real clip of William Appleby introducing the broadcast from 18th September 1967. I believe this is one of only 3 recordings of Singing Together that the BBC have officially kept from the series' first 40 years on air.

Share
Retrieved from "https://www.broadcastforschools.co.uk/mediawiki/index.php?title=Singing_Together&oldid=48807"
Categories:
Cookies help this website deliver its services. By using these services, you agree to the use of cookies.
History
Browse propertiesCite this pagePage informationPermanent linkPrintable versionSpecial pagesRelated changesWhat links hereRecent changes