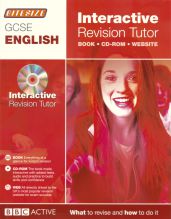 GCSE Bitesize Revision
(BBC2, 4:00am during April and May) 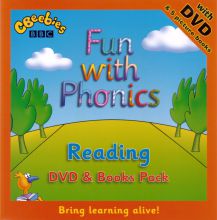 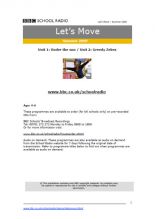 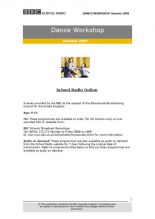 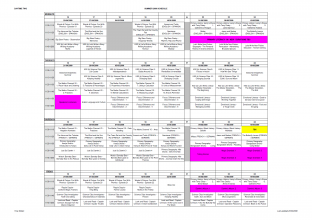 Opting out from the end of the Gerry Anderson show on Radio Ulster's medium wave service only.

Programmes on Radio 4 ran for 8 weeks from Tuesday 28th April to Friday 25th June 2009, with no programmes in the week commencing 25th May 2009 due to half term. Programmes on Radio Ulster began at the same time and observed the half term holiday, but only ran for 6 weeks concluding on Tuesday 9th June.

There were new episodes of Megamaths, Music for Dance and Clips PSHE. A series of Music Extra programmes had been scheduled to be broadcast this term on Thursdays at 03:20 according to information on the BBC School Radio website, but this was replaced with the History Clips and Clips PSHE programmes, which had originally been scheduled for the spring term.

Programmes were broadcast for 8 weeks, from Monday 20th April to Friday 19th June 2009, with no programmes on Monday 4th May or in the week beginning 25th May. Northern Ireland did continue on Friday 29th May while the main national service was on a half term break, with episodes of Sesame Tree, Blast on the Box and the non-schools filler Secret Gardens at 11:00-11:40.

The schedule was originally planned on the basis that Non-Fiction Writing would be three 20-minute episodes, replacing Let's Write Poetry on Mondays. When it turned out to be two 30-minute episodes instead, all of the Telling Tales episodes which had been planned to go out on Mondays during June were stacked together on Monday 1st June - 6 episodes one after the other.

This messed up the carefully crafted original schedule, which put the English and Spanish versions of a particular Telling Tales story on Monday, and the French and German versions on Thursday of the same week. This plan was further messed up when the BBC suddenly decided to extend their Daily Politics programme to begin at 11:30am on Friday 5th June, to allow for additional gossip-mongering and pointless speculation following the announcement of local election results (no I'm not bitter about the careless disdain with which the modern BBC treats its educational commitments. Honestly). The episode of Look and Read which had been due to go out that morning was rescheduled to the following Thursday morning at 11:10am, replacing Telling Tales and Primary Geography. In Northern Ireland the Sesame Tree episodes scheduled for Friday 5th June were dropped, and the Blast on the Box episode was shown at 11:10-11:30am. The rescheduled episode of Look and Read (Captain Crimson episode 6) was shown in Northern Ireland, even though they hadn't been showing the rest of the serial. Captain Crimson episode 8 was also shown in Northern Ireland as they had run out of Blast on the Box episodes by the last week of term.

The Summer episodes of Seasonal Snapshots was shown twice on Tuesday mornings - at the beginning of term on 21st April and again at the end of term on 16th June.

The programmes scheduled from 11:40am on Thursday 21st May - episodes of Primary Geography: Nile Shorts - were replaced by coverage of The Installation of the Archbishop of Westminster (the time was filled with an extended episode of Politics Scotland in Scotland).

There were two new one-off specials, Speakers and Listeners on 21st April (repeated on the Learning Zone in June) and Telling Stories on 4th June, as well as the series on Non-Fiction Writing on 8th and 15th June. The Culture Club and Blast on the Box on BBC2 Northern Ireland were also new this term.

As well as repeats of Just So Darwin from the spring term there was another new series on Charles Darwin, Class Clips: Darwin's Album from 5th June, and a new, sixth series of Magic Grandad from 11th June - which also included an episode on Charles Darwin!

GCSE Bitesize Revision programmes, which began in the spring term, continued every morning, Tuesday to Friday, until Wednesday 13th May. This was followed by six weeks of schools programmes as shown in the grids above. Then from 23rd June until Friday 10th July the Learning Zone continued with Language and Travel programmes for a general audience.

The Learning Zone programmes were generally transmitted at 4:00-6:00am all this year, which had already led to some problems in the autumn term when a hard-hitting programme for teenagers had to be rescheduled at the last minute so that it was not shown immediately before the young children's strand Cbeebies, which began at 6:00am. The BBC has a long tradition of broadcasting hard-hitting educational programmes for teenagers covering mature issues not suitable for younger viewers, and in general these have been transmitted without comment at various times of the day and night. But in early 2009 the organisation was still reeling from the controversy stirred up over an offensive telephone call which had been broadcast the previous October, and anxious to avoid causing further offence. They therefore made special arrangements to broadcast the PSHE programmes for teenagers in the week beginning 18th May at the earlier-than-normal-time of 3:00-5:00am. The gap from 5:00-6:00am was then filled with Pages from Ceefax.

There was one new GCSE Bitesize Revision programme this term: an updated version of English Literature 2 on 20th April. There were several new episodes of Class Clips in June, covering Apartheid in South Africa, Travels with Music and Construction and the Built Environment, and multiple new single episode programmes which were not part of a series: all programmes on 10th-12th and 16th-18th June were new.

There was also a new Spanish series in the Languages & Travel strand for adults called Mi Vida Loca from 23rd June.

Programmes were broadcast from Tuesday 5th May to Friday 19th June 2009 - there were no programmes on Monday 4th May as it was a Bank Holiday.

A new, second series of Battlefront films was shown in the week beginning 11th May, followed by a repeat of the autumn 2008 first series in the next week. There was also a new series of Mediabox Short Films 2009 shown as fillers between programmes on Friday 15th May.

Fillers between daytime programmes this term were Before and After, Burning Questions, The Television Set (Get Me The Producer Shorts), I've Got This Friend, the aforementioned Mediabox Short Films 2009, Self-Portrait UK and Three Minute Wonder.

The primary schools series Making It was shown as a filler between random, adult programmes in the early hours of the morning in the week before the start of term.