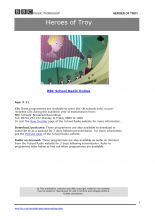 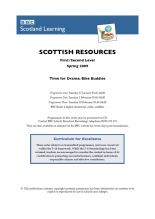 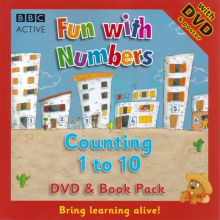 Numbertime
(not broadcast this term, but new resources were released) 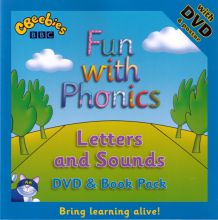 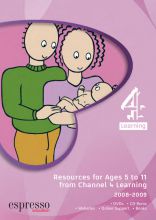 Programmes ran from Tuesday 13th January to Friday 27th March 2009, with no broadcasts in the week beginning 16th February due to half term.

Broadcast on BBC Radio 4 via digital services (ie. on DAB, Freeview and cable & satellite television and to "listen live" on the BBC website, but not analogue FM or LW radio transmissions), replacing the rebroadcast of BBC World Service programmes for one hour overnight - the World Service itself is transmitted on all of the same digital services so the loss of programmes makes no odds.

The Music Workshop: Heroes of Troy website was heavily promoted during the term, both during the Music Workshop programmes and by the continuity announcer between other programmes, however the website itself was not available until early April 2009, after the broadcasts and announcements had finished.

As there were only 9 episodes in the reading of A Christmas Carol, the Friday 3:30am slot in the final week of term was filled with songs from Heroes of Troy and the Time and Tune units Let's Go (due for broadcast in the summer term) and The Wind in the Willows, introduced by the continuity announcer.

There were only six episodes of Blaisín on BBC Radio Ulster MW, so from Tuesday 3rd March onwards the schools broadcasts ended at 11:40am and the Gerry Anderson show resumed on the medium wave service.

All of the series which were available as podcasts were new this term, and so was Dance Workshop and the Radio Ulster series Learning Teabreak, for teachers for home listeners.

The broadcasting term on BBC2 ran for just 8 weeks, from Monday 19th January to Friday 27th March 2009, with no programmes during the weeks of 16th & 23rd February due to half term.

There were two new series this term, both of them short animated programmes. Telling Tales retells classic fables from around the world in 5 minute episodes. Each episode was shown first in English and then immediately afterwards in another language, usually French (the Monday & Tuesday broadcasts) but also occasionally in German, Mandarin, Spanish and Arabic (the Friday broadcasts). Just So Darwin is a science series using the formula of Rudyard Kipling's Just So Stories to introduce evolution to young children. It was part of the BBC's Darwin: The Genius of Evolution season celebrating the 200th anniversary of Charles Darwin's birth and the 150th anniversary of the publication of his book On the Origin of Species.

Also new was Tellytales on BBC2 Wales from 9th March. This was a young children's series which was also broadcast across the UK on the Cbeebies channel from the same date.

Some of the programmes which were not broadcast in the summer term 2008, because the schools broadcasting hours were reduced in the middle of term, were rescheduled in spring 2009: Look and Read: Spelling Strategies, Seasonal Snapshots: Winter , and possibly Hands Up!: Fantastic Mr Fox.

Following the regular episodes of Na Dódaí on BBC2 Northern Ireland the series Sky High was used to fill up the final five minutes of schools programmes each Monday. Sky High shows ariel footage of the countryside with music and is not a schools programme. In order to fit all 10 episodes from series 2 of Na Dódaí into the 8-week term the Monday schedule on BBC2 Northern Ireland was changed towards the end of term, with two or three episodes of the series in a row, instead of Sesame Tree.

All the schools programmes (and a lot of children's programmes) on Thursday 22nd January were cancelled in order to show live coverage of British tennis player Andy Murray's match in the second round of the Australian Open. Several of the programmes due to be broadcast were simply dropped as there was nowhere to reschedule them in the tightly-packed schedule for the rest of the term and anyway they had been heavily repeated already. The episode of The Maths Channel was rescheduled to 11:20 on 12th February where a one-off episode of Primary Geography: Kenya Shorts was due to be shown, and the episode of Watch: Barnaby Bear 1 was rescheduled to 11:45 on Tuesday 10th February, replacing a scheduled one-off episode of Watch: Famous People with Magic Grandad 2. The Northern Ireland series 'Bright Sparks, a seven episode competition which really couldn't afford to have an episode missed out, was postponed by one week and luckily, as there were 8 weeks of schools broadcasts this term, could still be broadcast in full. Incidentally Andy Murray's attempt to win the Australian Open was unsuccessful.

There were four phases to this term's Learning Zone broadcasts...

The 2 episodes of Blast from 2008, which could not be shown at the end of the autumn term, were finally shown on the morning of 18th March. Repeats of the i-Science and i-Maths programmes were joined by new episodes of i-D&T, and there were 4 new episodes of Class Clips during March, on Health, Justice, History and Science, the latter tieing in with the Darwin season. On Fridays in March there were new half-hour programmes on Being French, Being German and Being Spanish. Although there had been daytime transmissions of Telling Tales since January, many individual episodes were shown for the first time on the Learning Zone in March.

Various programmes which had previously been broadcast for schools were shown on the Cbeebies channel this term.

All schools programmes on Channel 4 ran from Monday 12th January to Friday 27th March 2009, with no programmes in the week beginning 16th February due to half term. Most, but by no means all, night-time programmes were broadcast with British Sign Language interpretation.

According to (incomplete) schedules on the Channel 4 website the schedule on the morning of Tuesday 23rd February was meant to consist entirely of episodes of Maths Mansion, from series 1, 3 and 4. However the episodes of Maths Mansion 1 were replaced with odd episodes of Puzzle Maths and The Number Crew. There was no announcement about the change during the broadcast, and the website was never updated to show the real schedule.

There was only 1 set of completely new programmes on Channel 4 this term - a second series of Year Dot TV shown in the second half term, following a repeat of the first series in the first half term.

Waldemar on Sculpture received its first transmission for schools this term, after an original evening showing on Channel 4 in August & September 2008. Two documentaries shown to general audiences on Channel 4 back in December 2001 were also broadcast to schools for the first time this term - King Midas' Feast on 25th March (originally a Secrets of the Dead Special) and Elizabeth's Pirates on 26th March (this has also been screened on the History Channel several times).

Programmes for pupils were broadcast at various times on Teachers' TV this term.