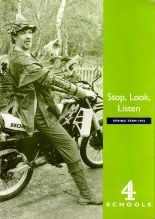 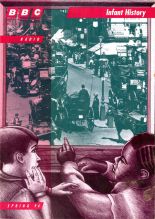 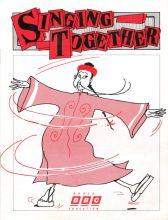 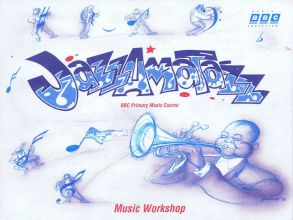 National programmes broadcast in the morning on the children's radio station, Radio 5 (on medium wave only, in mono) and repeated 16 hours later, overnight on BBC Radio 3 FM (in stereo).

Programmes ran from Monday 10th January to Friday 25th March 1994. There were no programmes in the week of 14th February, children's programmes were broadcast instead for half term.

The three series of Listening and Reading, which had been running since 1991, were replaced this year by Listen and Read, entering its second term in spring 1994. Also entering its second term was Talking Points on Radio Scotland, a religious education series which replaced the long-running Scottish Religious Service. Snapdragon, an English-language series on Radio Cymru, was also new.

On the other hand, the dramatisation of The Wanderer in English 9-11 on Radio 5 was a repeat from autumn 1984, almost 10 years earlier.

Programmes shown in England and Wales.

Programmes ran from Monday 10th January to Friday 25th March 1994, with repeats for half term in the week beginning 14th February.

Numbertime (and Radio Numbertime on Radio 5) both began in autumn 1993 and their first series were hastily repeated in spring 1994. Numbers Plus, "the natural progression from Numbertime" began this term.

Look and Read had a new TV story, Earth Warp, and for the first time ever a brand new radio story as well, called Space Warp. The classic language-learning series Muzzy was being shown in Gaelic on BBC2 Scotland for the first time this year, and also continued to be broadcast in Welsh this term on Radio Cymru.

Programmes ran from Monday 10th January to Friday 25th March 1994, with repeats for half term in the week beginning 14th February.

Llygad Barcud on S4C was a Welsh-language version of the series Hawk's Eye, which was shown on BBC2. Both programmes were shown on Tuesdays, with the Welsh version broadcast on S4C two hours before the English version went out on BBC2.