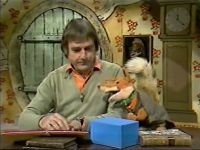 The raucous puppet Basil Brush aims to encourage children to learn to read. Each week master Brush's human friend, mister Howard, reads a story about Pepper the puppy. Basil watches Mr Howard reading, making comments and cracking jokes throughout. Afterwards they read through a simple children's version of the story again, and then play a game that could be continued in the classroom.

Each week the game involves putting up three cards, each describing part of an object or creature such as "a head", "a body" and "legs". When the cards are turned over a picture is revealed, which matches the words on the cards but is not the picture that Mr Howard was expecting.

While the story is being read the illustrations are shown in full-screen and the pages are physically turned over to make it clear that they are reading from a book.

The series was a replacement for Reading with Lenny, which also featured a puppet learning to read with his human friend, but this new series was judged to be much less successful than its predecessor. The Independent Broadcasting Authority reported that Let's Read with Basil Brush "disappointed a substantial number of infant teachers who had followed (Reading with Lenny)"[1]. However a core purpose of this series was simply to enthuse and motivate children into wanting to learn to read through Basil's "exuberant enthusiasm"[2] and not directly to teach reading.

In the end Let's Read with Basil Brush had a much shorter lifespan than any of the other early reading series shown by ITV during the 1970s, 80s and 90s. After just three years on air it was replaced by Time for a Story with Bill Oddie. 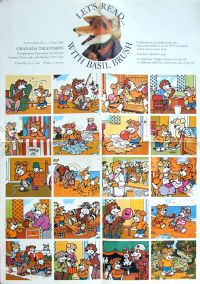 I love to go to school you know and play with all me mates,
I get a smashing feeling as I walk in through the gates.
I go in to the classroom and there's a sudden hush,
Then all the kids jump up and shout "let's read with Basil Brush!"
Let's Read with Basil Brush!

There was also a separate ending theme song.

All of the Pepper stories were published as children's reading books, with the full text of the story on the left pages and illustrations with simple captions for children to read on the right.

The autumn term stories had yellow covers, the spring term had blue, and the summer term had green, but the stories were all at basically the same level of reading difficulty. (The big mock storybook that Mr Howard read from in the TV programmes was always yellow.)

The reading books originally cost £2.75 for a set of books covering one entire school term. The sets were also made available for parents to buy and use at home. 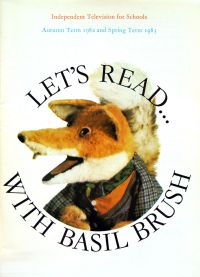 A booklet of teacher's notes written by the series adviser Helen Arnold. There was one booklet to cover each complete school year, with background to the series, the simple picture-caption version of all the Pepper stories, plus suggestions for follow-up work and lists of other books that could be used by teachers and pupils. 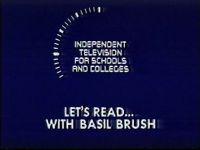