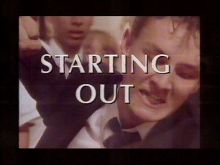 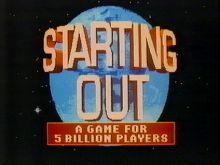 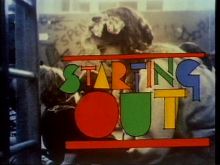 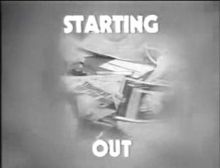 1976
Serialised dramas about the decisions and relationships of adolescents, designed for pupils who are coming to the end of their school life and starting out in the adult world.

A completely new drama, unrelated to the ones which had come before, was produced every 3 years, so that the series always remained relevant to the latest set of school leavers.

The series addressed serious issues and contained some strong content, increasingly so as the series went on. Some of the serials were previewed for adults late at night, sometimes months before the schools transmission. However in keeping with this site's convention it is the first broadcasts for schools that are listed below.

10 episodes about three girls, their boyfriends, and their families.

10 episodes about a group of teenagers who meet a young man who is on probation.

10 episodes about a teenage couple and their families, and the consequences of their actions.

This series was originally scheduled to be broadcast for schools in autumn 1979, but the long ITV strike that term caused it to be postponed. This was the first time Starting Out had been broadcast in the spring term.

5 episodes about a step family starting a new life in a new area.

8 episodes about an inner-city youth club and the young people who go there.

8 episodes about a family and the trouble that their son has got into.

5 episodes about a boy and a girl who both run away from home for different reasons.