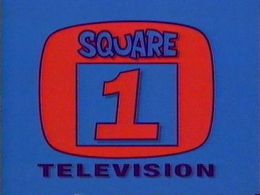 2 images from Square One Television

Square One Television is a BBC schools TV series from the 1990s, covering Mathematics for primary school pupils.

A British version of a popular American educational TV series, a mathematical comedy sketch show. The US series featured recurring characters such as Dirk Niblick, an animated mathematical sleuth; Mathman, who moves around a maze like the video game character Pacman "eating" numbers which match given patterns; and the double act Cabot and Marshmallow, a spoof of Abbott and Costello.

The first series of ten, 15-minute programmes took some of this material from the American original and mixed it with lots of new UK-produced material introduced by Helen Lederer, including a game show challenge, comedians Trev and Simon attempting to bluff viewers, and athlete Kris Akabussi having trouble with data handling. 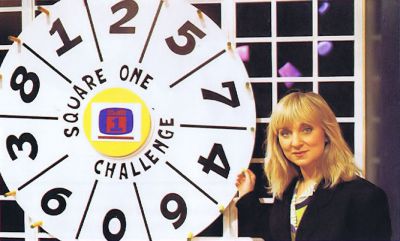 A second series of ten, 20-minute programmes followed, with more of the US material including two complete five-part serial adventures from Mathnet, a spoof of the American detective series Dragnet: The Case of the Willing Parrot and The Case of the Map with a Gap. This second series was shown every day across the week so that each adventure began on Monday and ended on Friday - the same way the series was scheduled to be broadcast in America. It was described on-screen as Square One Television with Mathnet.

Share
Retrieved from "https://www.broadcastforschools.co.uk/mediawiki/index.php?title=Square_One_Television&oldid=48898"
Categories:
Cookies help this website deliver its services. By using these services, you agree to the use of cookies.
History
Browse propertiesCite this pagePage informationPermanent linkPrintable versionSpecial pagesRelated changesWhat links hereRecent changes