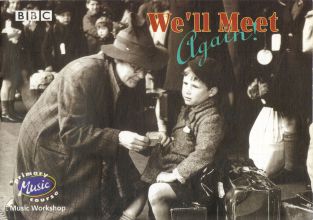 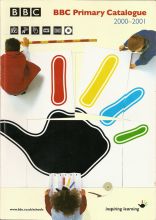 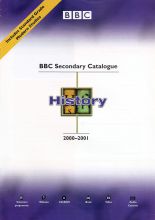 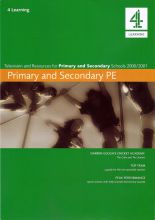 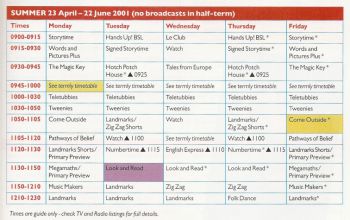 The programmes on Radio 3, broadcast throughout the country, ran from Tuesday 24th April to Friday 22nd June 2001, with no broadcasts in the week beginning 28th May, so a total of 8 weeks.

Programmes on Radio Ulster ran from Tuesday 24th April to Tuesday 29th May 2001 without interruption, a total of 6 weeks.

Programmes on Radio Cymru ran in the early hours on Tuesday to Friday mornings, interrupting the relay of Radio 5 programmes for half an hour, from Tuesday 1st May to Friday 13th July 2001, a total of 10 weeks. Radio Cyrmu was the only place to broadcast schools radio programmes not intended purely for a primary-age audience this term. Radio Cymru's schools programmes had been scheduled at 1:30am earlier in the year, but according to listings in TRILT: the Television and Radio Index for Learning and Teaching they went out at 0:30am this term.

There were no programmes aimed specifically at Scottish schools this term.

According to the BBC Primary Catalogue (page 158), the Ghostwriter episodes on Radio 3 this term would be a repeat of the first series of radio programmes - A Match of Wills and Steer Clear of Haunted Hill - which had already been broadcast once this year in the spring term. But that series is 9 episodes long whereas there were only 8, ten-minute slots available this term. So perhaps they actually broadcast the second series - The Clinton Street Crime Wave and Digging for Clues - which consists of 8 episodes.

Word Fun was a brand new series on Radio 3 this term, following the Word Games series which had been broadcast in the spring. The new series of Maths Challenge had originally been billed as Maths Fun in the Primary Catalogue (page 4). There were also new episodes of Listen and Write, Music Box, Playtime and Stories and Rhymes on Radio 3. All of the programmes in the first five weeks of term on Radio Cymru were also new.

Broadcasts in England and Scotland.

According to the timetable in the BBC Primary Catalogue there were separate broadcasts for Wales this term on Mondays at 9:45-10:00am, and on Fridays at 10:50-11:05am. However I can find no trace of any different programmes having gone out in Wales at that time. If you know otherwise, please get in touch by email or on the forum!

Secondary schools programmes shown at 2:00am to 4:00am on Monday to Thursday mornings, with additional exam revision programmes on Saturday and Sunday mornings. Part of the Learning Zone strand on BBC2 which ran from 0:30am to 7:00am every weekday, as well as at weekends.

Programmes ran from Monday 23rd April to Friday 22nd June 2001, with no broadcasts on Monday 7th May or in the week beginning 28th May - a total of 8 weeks.

GCSE Bitesize Revision programmes were shown throughout the Easter holidays on the Learning Zone. General secondary schools programmes resumed in the week beginning 23rd April 2001, and continued until Thursday 21st June without interruption.

From Monday 21st May to Wednesday 6th June (leading up to the general election on Thursday 7th June) BBC2 replaced the schools programmes with the political phone-in programme Election Call for 45 minutes from 9:00am each day. Many of the scheduled programmes were simply dropped, but the new programmes - The Magic Key and Words and Pictures Plus were moved to 9:45am on Mondays and Tuesdays respectively. Wednesday's episodes of Watch and Friday's repeat of The Magic Key were also moved to 9:45am on those days, while DynaMo continued in that slot on Thursdays. From Thursday 7th June programmes simply resumed as originally scheduled from 9:00am, with no attempt to recover any of the lost programmes.

The half hour Primary Preview programme looking at broadcasts in the following school year was broadcast five times during June 2001, on Mondays and Fridays as shown in the grid. The first broadcast was on Friday 8th June.

Primary Focus on BBC2 Northern Ireland was originally scheduled to go out on Tuesdays at 11:30am[1], but was moved to Fridays at 12:10pm. Possibly they decided it was more important to show Look and Read three times per week than to show Landmarks twice!

The BBC only ever produced 3 episodes of the Folk Dance TV series, and the episodes were shown in constant rotation throughout the term. They were shown once from 26th April, then repeated from 17th May, and then another repeat run began on 14th June!

The only new programmes this term were the previously mentioned Words and Pictures Plus, The Magic Key and Primary Preview for primary schools. There were no new secondary schools or exam revision programmes.

Programmes shown on Channel 4 in England, Northern Ireland and Scotland, and on S4C in Wales[2].

Programmes ran from Monday 14th May to Friday 22nd June 2001, with no broadcasts in the week beginning 28th May - a total of 5 weeks of broadcasts.

From Thursday 17th May to Monday 21st May inclusive the schools broadcasts ended at 10:45am instead of 12:00noon, so that Channel 4 & S4C could broadcast Test Cricket coverage. Darren Gough's Cricket Academy did not start until the second week of term, and one-off episodes of The English Programme, All About Us and INSET were shown on the days with cricket coverage to fill the unusual timeslot.

Darren Gough's Cricket Academy and Being Different were brand new series this term. There were also new episodes of Rat-a-Tat-Tat and My Brilliant Career, both continued from earlier in the year. The new episodes of each of these programmes were shown all at once, overnight on Tuesday 19th June in the same week that their daytime broadcasts concluded.