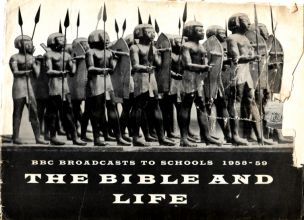 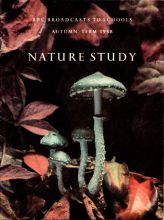 Most programmes ran from Monday 22nd September to Friday 5th December 1958, a total of 11 weeks of programmes. As usual the Service for Schools began a week earlier than all other programmes. The week beginning Monday 8th December was the Health Week for Schools, with a series of talks at 11:00-11:15am each day, given by Dr Harvey Flack. The Service for Schools and How Things Began also continued into that week. There were no schools programmes from 11:00-11:40 on Tuesday 28th October 1958 as all BBC Home Services were covering the State Opening of Parliament.

The only wholly new radio series this term was Stori a Chwedl (Stories and Legends) on the Welsh Home Service, replacing the series Hanes Cymru (Welsh History). The short Nature Calendar programme, which had followed Nature Study for several years, was dropped this term as it was "not providing the stimulus hoped for"[1]. The How Things Began programmes were, as usual, remounted from previous years, but otherwise all individual programmes were new this term as far as I know.

From 6th to 20th November Adventures in English featured a story called "The Garden" in three episodes - "The Door", "Hatty" and "The Clock". This was extracted from the classic children's book Tom's Midnight Garden by Philippa Pearce. The significance of this is that in autumn 1958 the book was not yet a classic, but an either not-yet released or newly published book[2] written by a BBC schools radio producer (Philippa Pearce was still a writer, and I believe the producer, of The Jacksons).

The main term ran from Monday 22nd September to Friday 5th December 1958. The repeats of Science and Life continued until Tuesday 9th December. All programmes broadcast in the week beginning 20th October were repeated in the following week for half term, so there were 10 weeks of original programmes. The repeat of How Your Body Works on Tuesday 28th October was transmitted 5 minutes later than normal, following live coverage of the State Opening of Parliament.

Mathemathics and Using Our Eyes were both new this term. They were the first BBC schools TV series on the subjects of mathematics and art respectively, although Associated-Rediffusion had beaten the BBC on both counts and offered series on both subjects the previous year (World of Figures and Shape in Your Hands, both from autumn 1957, as well as Looking and Seeing in summer 1957). First Years at Work was also new this term, replacing Young People at Work from 1957. First Years at Work included a programme, repeated for half term, offering "Light Factory Work for Girls".

Spotlight, nominally BBC schools TV's current affairs series, had been criticised in its first year for "fluctuating" over a wide range of topics and exceeding the academic grasp of most pupils, and so shifted its focus deliberately towards actual news items and current events from this term[4].

Schools broadcasts on ITV started on Monday 29th September and finished on Friday 12th December 1958. There were no transmissions in the weeks beginning 27th October (probably because of half term) or 3rd November (probably because ITV was relaying Racing From Birmingham at the times normally used for schools broadcasts on Monday to Wednesday that week). Altogether there were 9 weeks of schools broadcasts, and 9 episodes in each of the series broadcast this term. All schools programmes on ITV were shown first at 14:43, and then repeated later in the same afternoon at 15:23. Additionally the series The Story of a River was shown first on Tuesdays and then repeated on Thursdays.

All of the schools series shown on ITV this term were produced by Associated-Rediffusion, the London comapny (although The Story of a River, a documentary about La Dordogne, was filmed in France by Paris Television). Apparently one of the episodes in the series Black and White was produced by Scottish Television, although I don't know which one as all episodes were credited to Associated-Rediffusion in the London and Midland editions of the TV Times. This was the first time a schools programme made by Scottish had been shown nationwide. Additionally, the series Process of Law covered only English law, and "a special booklet commenting on the differences found in Scottish law" was available to schools in Scotland.

Schools programmes from ITV reached the south of England for the first time this term as Southern Television began broadcasting at the end of August and immediately took the schools service provided by Associated-Rediffusion. An article in the TV Times proudly proclaimed that this term would see a number of other innovations:

The reference to geography applies to the ITV service only, as the BBC's very first schools television broadcast a year earlier had been a programme on geography, and the topic had been a part of BBC schools radio broadcasts since 1924.