Maths with a Story

Maths with a Story is a BBC schools radio series from the 1980s, covering Mathematics for primary school pupils. 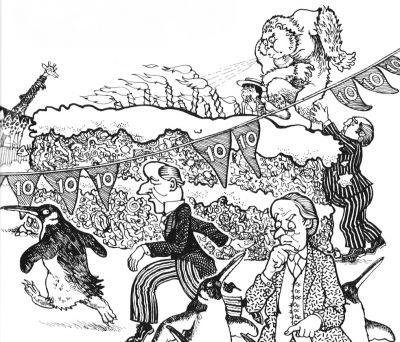 The residents of Muddleville at the Zoo birthday party

Two episodes each term (four in total) left Muddleville behind in favour of traditional, presenter-led Radiovision programmes in which subjects such as symmetry and tessellation are explained with the aid of images shown on slides in the classroom.

Share
Retrieved from "https://www.broadcastforschools.co.uk/mediawiki/index.php?title=Maths_with_a_Story&oldid=48053"
Categories:
Cookies help this website deliver its services. By using these services, you agree to the use of cookies.
History
Browse propertiesCite this pagePage informationPermanent linkPrintable versionSpecial pagesRelated changesWhat links hereRecent changes