A serialised drama about Tony Jackson, a 16 year-old apprentice at a motor vehicle garage, and his experiences starting out in the adult world.

The series deliberately tries to address Tony's situation from the point-of-view of a young technical apprentice or school leaver without imposing an adult "correct" approach to every situation[1], and topics are often left unresolved to be followed-up in classroom discussion. The dialogue (co-written by the celebrated screenwriter Andrew Davies, of Dark Towers no less!) is "direct and, as near as possible, realistic" in an attempt to capture the attention of viewers who had already left traditional education[2]. This was ITV's "first series specifically for further education colleges" (rather than Sixth Forms)[3]. 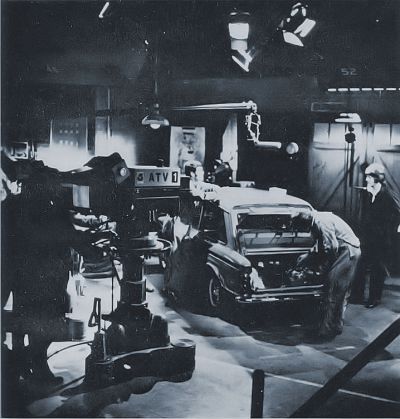 Filming at the 'garage'

The series begins with Tony's first day working at the garage, meeting his boss Mr Griffin, workmates Dave and Mel and the garage receptionist Alma, and collecting his first £5 wage packet. As the series goes on Alma becomes Tony's girlfriend and we meet Tony's parents, his older sister Pauline and his brother Eddie who is married and has a baby daughter.

Workplace relations are also covered, not just involving Tony but also his father who is laid off during the autumn term as the result of a strike. In the spring term Mel gets into an argument with an influential customer, and when the customer has an accident caused by faulty workmanship Mel is fired from the garage.

Dave's girlfriend Marilyn becomes pregnant and he proposes to her, but ultimately decides not to marry her because he does not really love her. Tony also sees some of the problems in his brother Eddie's married life.

Tony goes out on an errand for Mr Griffin on his new motorbike, which has faulty brakes, and has an accident resulting in him being hospitalised. He has to deal with the police and witnesses who give different statements about what happened.

At the end of the series another new apprentice joins the garage, who seems to be much more confident and fashionable than Tony, and Tony is in the position that the other staff were in at the start of the series, deciding how to treat the newcomer.

The episodes were grouped into units of three or four episodes with a common theme, but the serial story ran throughout all 20 episodes. 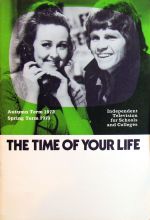 The year's broadcasts were accompanied by a booklet of teachers' notes, including a description of the content of each episode, suggestions for further work and discussion, and an introduction by the series adviser Graham Smith.