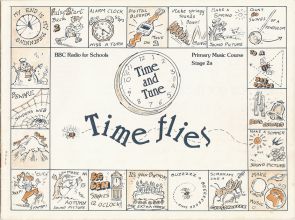 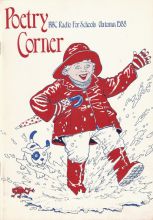 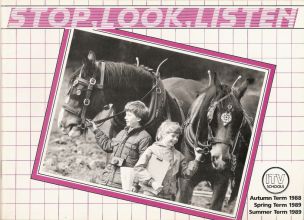 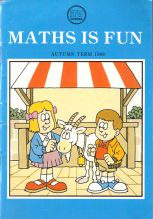 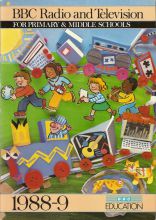 Programmes in England, Scotland and Wales.

Channel 4 in the Ulster ITV region.

This list of variations on S4C may not be complete (it is based on variations listed in English editions of the TV Times). According to BBC (1988a) Gweld a Siarad was also shown on S4C this term, probably fortnightly.

Schools programmes on Channel 4 ran from Monday 19th September to Friday 2nd December 1988, with half term repeats during the week of 24th October, so a total of 10 weeks of programmes.

Then on Monday 5th, Tuesday 6th and Wednesday 7th December there were the usual previews of ITV Schools programmes for the next term. On Thursday 8th December there was a further set of schools programmes including some "not shown last term due to technical difficulties". All but one of the programmes shown on 8th December had originally been scheduled on Thursday 29th September 1988. In September coverage of the summer Olympic Games from Seoul had been shared between ITV and Channel 4, with ITV carrying daytime and evening coverage and Channel 4 taking overnight and early morning coverage - so the schools programmes on Channel 4 would not normally be affected. On 29th September the TV Times has warned that "if Daley Thompson's attempt to win the decathlon runs beyond the scheduled time, coverage will continue on ITV at 9:25am." So there may have been some problems with the live broadcasts from Korea which lead to the "technical difficulties" with schools programmes on that day. Incidentally Daley Thompson's attempt to win the decathlon was unsuccessful.

Channel 4 was also showing the American educational series Sesame Street. For the first two weeks of term full hour-long episodes of Sesame Street were shown daily at 13:00-14:00, separated from the schools programmes by Business Daily and the Just 4 Fun children's programmes presented by Pob. However from October Sesame Street was shown on Mondays at 12:00 for half an hour (so an hour-long episode from America would be split up and shown across two weeks) immediately following the schools programmes. Sesame Street left the schedules in December at the end of the school term (it returned on 2nd January in a different timeslot), demonstrating that even if it wasn't a "schools" programme itself, it was at least linked with the schools schedule. The 13:00-14:00 slot was used for Open College courses such as Write On and Make It Count with Fred Harris.